Featured in the Colorado Real Estate Journal's November , Michelle Askeland wrote about the changing retail trends in Brighton and Adams County. You can read the story from CREJ here.

Two retail trends are shaping how the city of Brighton and Adams County prepare for future development and community growth while honoring the agriculture backbone that has defined much of the area’s culture for generations. The trends – the retail experience placing a greater emphasis on buying and supporting local in tandem with consumers’ increasing demand for healthier foods – are naturally intertwined with local agriculture.

Nationally, the local food business, defined as food produced, processed and distributed within a consumer’s

community, is booming. Local food sales grew from $5 billion in 2008 to $12 billion in 2014, and sales are projected to reach $20 billion by 2019, according to the Urban Land Institute’s Cultivating Development report.

In addition, the U.S. organic industry saw an 11 percent increase in sales from 2014 to 2015, while the overall goods market saw just 3 percent growth during the same period, the ULI report stated. Further, 73 percent of U.S. residents said they considered access to fresh, healthy foods to be a high or top priority, according to the ULI’s America in 2015 survey.

In response to these consumer demands, we’re starting to see the food component become more of an anchor for real estate development projects. New development projects that include some sort of food-based businesses, such as restaurants, food halls, grocery stores and farms, bring value, create a sense of attachment to the development and foster stronger community ties, the ULI report stated.

Incorporating these retailers is proving to be fruitful for other shopping center tenants as well because they generate traffic and increase the amount of time customers spend at a particular retail center, the ULI and PwC’s report Emerging Trends in Real Estate 2016 found. For these reasons, nonfood-related retailers are beginning to request locations near “chef-driven” restaurants, the report stated.

“We’re going to see a trend where food is going to weave back into retail in a major way,” said Jon Beckner with Agriburbia Development. Due to market disruption from online retailers, brick-and-mortar stores are blending in social components, often in the form of entertainment and food, he said. “I think local products are going to be what’s driving the market in the future.”

Thanks to the proximity of Adams County, the Denver metro area enjoys some of the shortest food miles – the distance food travels from where it is grown to where it is consumed – in the country. Many city residents might not even realize that a 20-minute drive from downtown Denver can place them in the heart of that farmland, and that most of the “local” food they see in their grocery stores are grown in Brighton, said Lauren Simmons, a senior planner with the city of Brighton.

“The idea of local food is not really a trend here; it’s a way of life, and we definitely embrace that culture – not only our past and our present, but also it’s what we want to build our future on,” said Simmons. “We really see that as our opportunity to distinguish ourselves from the rest of the metro area, and it’s very authentic to Brighton. If somebody wants to eat local, they can truly eat local here every day.”

A new marketing campaign, “It all grows in Brighton,” recently launched to raise awareness to the food production that happens right outside Denver. And a District Plan developed through a partnership with Adams County and the city of Brighton was created to preserve valuable farmland and stimulate innovative growth opportunities in the south Brighton area.

While the District Plan calls for the preservation of the best agricultural land along the South Platte River, it still is encouraging opportunities for commercial development, especially projects that are compatible with agriculture, local food and agrotourism, said Anneli Berube, agriculture innovation specialist with Adams County.

“We think the plan does preserve opportunities for real estate – retail and other commercial development – because there is a trend for local food, buying local items and being part of a community as it relates to your retail habits,” said Simmons. “I think, in general, consumers are more conscientious of what they’re buying and where it comes from.”

Mixed-use developments that can support these local businesses and that offer residents access to local food and experiences are in high demand as well as anything that caters to tourists and encourages people to visit and learn about the area. These types of projects include farm-to-table restaurants, breweries, value-added businesses, and food halls and markets, said Berube.

While downtown Brighton has enjoyed several long-time staples, including La Estrellita Mexican Restaurant, which uses local produce in its salsa that is then bottled and sold throughout the region, the number of retailers who use local crops is multiplying. For example, two breweries opened in the past year – including Big Choice Brewing locating in a redeveloped Buddhist temple – and another brewery and a spirits distillery are in the works, all of which use or will use local produce in their blends. And Lazy Bee Ranch Honey is widening its distribution circuit.

The District Plan wants to preserve development opportunities for traditional developers, while also encouraging innovative development, said Simmons. For example, Adams Crossing, while not technically within the district, shares the spirit of the plan, she said.

The master development project will include “farm kits,” by Agriburbia, as well as single-family attached and detached homes, a multifamily parcel and a farmers’ market area. A second phase will focus on more retail space as well as office and hotel space.

“I think what’s really unique about the Adams Crossing project is that the food and farm piece of it is not novel or an amenity,” Simmons said. The farming component is a part of the infrastructure of the master development. “It will have significant agricultural land integrated in the community, and those little farms that are part of the project will actually be able to produce value-added products that will make them viable businesses.”

Adams Crossing plans to open six farm kits in the first phase, and scale up to 14 by the time the project is finished. A farm kit is essentially a small (2- to 10-acre) farm that is professionally engineered and geared for a specific type of cultivation and value-add product. This means each farm is geared to grow for a specific use, said Beckner. The farms then act as the incubators or producers for the local retail food centers.

Agriburbia has designed farm kits for a number of projects around the country and engineered for myriad purposes. For example, some farms are designed to grow food for particular diets, such as for individuals suffering from certain autoimmune deficiencies. There’s also a number that are engineered to support the creation of value-add foods, such as the fixings needed to make Bloody Mary mixes, herbs for meat rubs, berry patches for jamming and canning, orchards for cideries, beers and craft wine, produce for pickled or fermented foods, and even ingredients for dog food. Other projects were engineered for owners to produce nonfood goods, such as soaps and essential oils, or mint to be used in toothpaste.

“It’s all in what you want to gear your farm kit for, and then we engineer it for that type of production,” said Beckner. “It almost becomes a retail farm itself.”

And while not planned yet for Adams Crossing, Agriburbia hopes to pioneer a center or market area close to the farm kits that acts as a community attraction for the farm owners as well as a place to showcase their products, Beckner said.

Outside of Adams Crossing, the District Plan area offers numerous development and redevelopment opportunities where a local food-related retail component could act as the anchor.

“The area already has a significant amount of land dedicated to future retail development, so it’s been in the plan for a while to have that component,” said Berube. “But we see this area as having a unique opportunity to do some place-making and create an authentic experience around food and local business experience. There’s an opportunity to be innovative and think outside the box to create something that will draw people from the local community and from Denver.”

Berube hopes people begin to see the Brighton area as a stand-alone city that can create and develop its own identity within that growing interest in local food and local economy, she said.

Citing Denver successes with unique retail destinations, such as The Source and Punch Bowl Social, Brighton officials hope the same innovative spirit will come to its city. “Everyone thinks about a farm-to-table restaurant or a berry or pumpkin patch – people have been doing those things for a long time – but there’s opportunities for something really unique, being so close to such a large population that is very conscientious of local food and healthy food,” said Simmons. 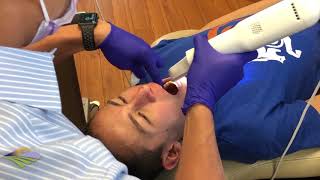 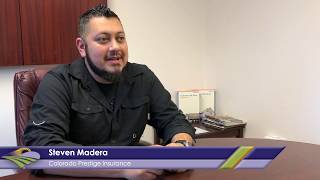 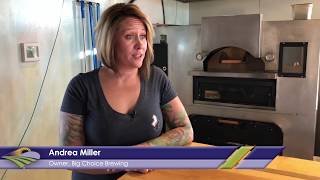 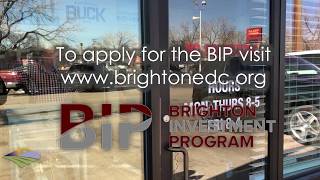